We human beings, can come together

to protect and respect ourselves and one another for the betterment of mankind.

Shintaku Soshu, a native of Wakayama Japan, explains that in order to study the depths of martial arts concepts, it is important for practitioners to become well-rounded in the martial art way.

The Foundations of TSIR

Continuing in the tradition of how the Japanese arts were passed on, students learn individually from Soshu, studying  the deeper concepts not typically explored in the martial arts today. Soshu Shiro Shintaku has been fortunate enough to study martial arts from some of the highest level instructors in recent times. It is his sincere wish to share these findings. 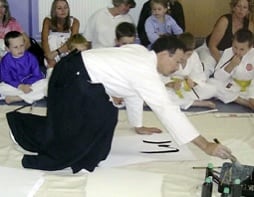 Throughout the centuries the Japanese martial arts developed  from serious, well-developed, mature students finding their own way thru continual study. It is through these various, personal discoveries we have the variety of martial arts found today.

Ten Shin Ichi Ryu was developed from Soshu's lifetime of serious minded study in Japan and the US. He has more than 50 years of continuous, dedicated study, teaching and demonstrating martial arts - with an emphasis of natural motion, and using a variety of techniques -- all focusing on life protection and mental strength.

Soshu has graduate degrees from Japan and the US and has extensive experience in teaching English in Japan, martial arts across the US and abroad; and leads study-tours for western students visiting Japan. He has also studied traditional Japanese dance, music and poetry as a part of his study of Japanese history and philosophy. 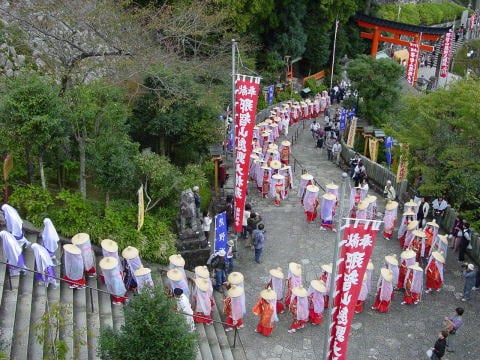 Soshu's serious martial arts study began during the early 1960's when he vigorously studied Goju Karate at Kyoto University of Foreign Studies. Goju Ryu was founded by Miyagi Chojun. The art of Goju Ryu spread from Okinawa to mainland Japan by Yamaguchi Gogen. There, Yamaguchi Sensei's personal student -- Tada Seigo Sensei (1922 to 1997) -- taught Goju Ryu to students at various colleges and local dojos including students from Kyoto University of Foreign Studies. Shintaku's instructor and friend to this day, Koda Shihan, was a senior student of Tada Seigo Sensei, and currently serves as Executive Director for the Japan Karate-Do Federation Gojukai (JKF Gojukai).

For Soshu, training in Goju Karate was very serious, very physical and provided a strong foundation for his formative years in the martial arts. Training included conditioning - like learning endurance by sitting in the freezing winter river waters, and of course, regular sparring (no padding or protective gear). College tradition at the time was for new members to be officially recognized as a club member, they would have to spar for 2 minutes with each black belt in the club. As a white belt, the experience "felt like forever..." much more than the 20 minutes it took to spar with 10 black belts.

After receiving his degree from Kyoto University of Foreign Studies, Shintaku received his license to teach in Japan. To further his knowledge of the English language and western culture, Soshu Shintaku decided to move to the United States. While in the US, he continued with his martial arts studies teaching Goju Ryu Karate at Berkley University in California. After a few years in California,  he decided to explore more of the US and it's culture, and immerse itself in English. So, he moved to South Carolina, where he continued to teach Goju Ryu while earning an Associates Degree at Anderson University.

After receiving his degree from Anderson University, Soshu returned to Japan, taught English and began his studies in Aikido. This decision came about after seeing a demonstration by Aikido's Founder, Morihei Ueshiba. Shintaku Soshu began studying Aikido from Morihei Ueshiba's 10th Dan - Hikitsuchi Sensei -- located in Shingu. In Shintaku Soshu's opinion, Hikitsuchi Sensei was the most devoted student to the Founder of Aikido and respected him immensely.

Years later, Soshu returned to the States and resumed teaching in South Carolina. It was there he began studying Ryukyu Kempo Karate and weapons from Okinawan Karate Master, Taika Oyata. After approximately 5 years, he moved to Missouri and trained directly from Taika Oyata on an almost daily basis for 9 years. Training with Oyata Sensei and developing a close relationship with the master also furthered his foundation and insights into the martial arts.

This mon design shows ginger growing strong with spreading roots.
The Shintaku family lineage has been traced back to the Heike* clan of Japan -- 12th century, and 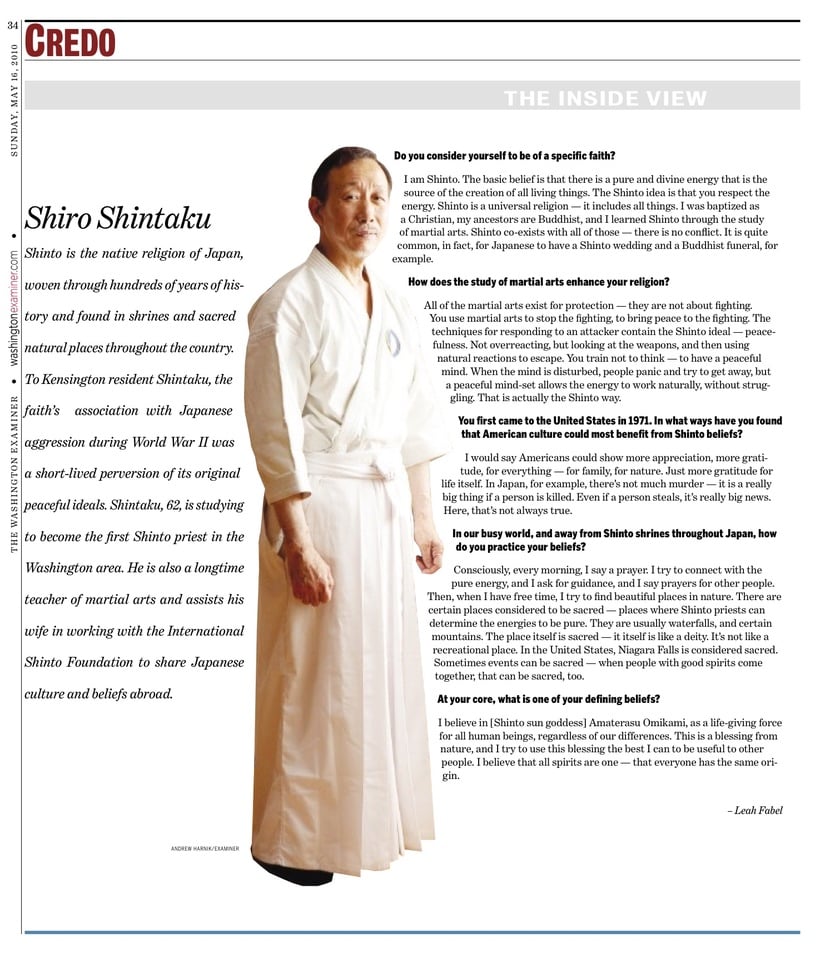 By Leah Fabel, The Washington Examiner

Shinto is the native religion of Japan, woven through hundreds of years of history and found in shrines and sacred natural places throughout the country. To Kensington resident Shiro Shintaku, the faith's association with Japanese aggression during World War II was a short-lived perversion of its original peaceful ideals. Shintaku, 62, is studying to become the first Shinto priest in the Washington area. He is also a longtime teacher of martial arts, and assists his wife in working with the International Shinto Foundation to share Japanese culture and beliefs abroad. 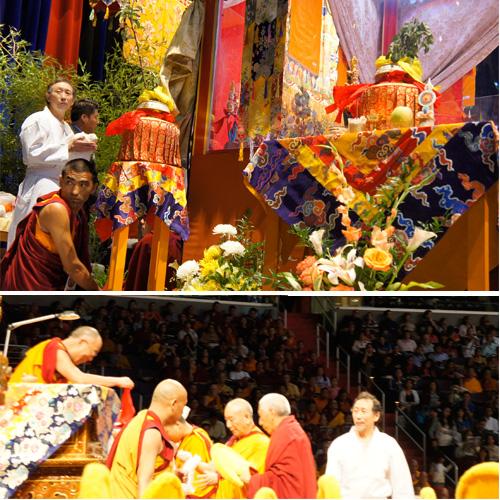 Soshu represents Japan during offering at the
Kalachakra for World Peace 2011 with His Holiness the Dalai Lama.

Various offerings were blessed by His Holiness as a part of the Kalachakra ceremony. Soshu represented the nation of Japan by bringing one offering on stage to His Holiness the Dalai Lama.

Approximately 12,000 to 16,000 participants attended daily. Mrs. Shintaku, as a part of her devotion to His Holiness the Dalai Lama, was an Organizing Committee member for this large, sacred event And, making this a special event for the entire family, their daughter also volunteered. 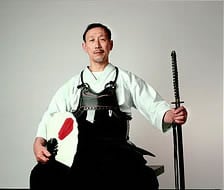 "Join us at the Talkstory tent in the Asian Pacific Americans section of the Folklife Festival. Mr. Shintaku will participate in a panel discussion regarding what it is like to teach the martial arts in the United States. The Festival is held outdoors on the National Mall in Washington, D.C., between the Smithsonian museums. Admission is free."

The annual Folklife Festival highlights grassroots cultures across the nation and around the world through performances and demonstrations of living traditions. The Festival, which began in 1967, occurs for two weeks every summer on the National Mall and attracts more than 1 million visitors. To date, the Festival has featured traditions from more than 90 nations and every region of the United States. It has brought more than 23,000 musicians, artists, performers, craftspeople, workers, cooks, storytellers and others to the nation's capital to demonstrate their skills, artistry, knowledge and wisdom.

Soshu Shintaku along with students Jason Walker, Shari Wakiyama and John Shimabukaro met with officials at the Embassy of Japan in Washington, DC. TSIR donated funds which were raised by Soshu and students to aid in the recovery of Japan after the devastating March 11 earthquake and tsunami.  Ambassador Ichiro Fujisaki sent his written thanks to Soshu which we will display in the dojo for the students to read.

We express our sincere thanks to the TSIR students for their kindness and generosity.
We continue to pray for the recovery of the people of Japan. 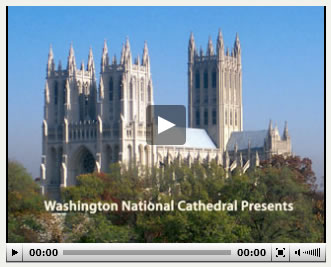 The service marks one month since the 9.0-magnitude earthquake and resulting tsunami struck there March 11. His Excellency Ichiro Fujisaki, Japanese ambassador to the United States, will participate in the service featuring Buddhist, Shinto, Hindu, Muslim, Jewish, and Christian faith representatives. Cathedral Dean Samuel T. Lloyd will provide the welcome and invocation.

View the National Cathedral's video (Soshu's prayer is after the 1:27 mark)

© All site content - Shiro Shintaku, 1996-2020  Additional photography, courtesy of ©All rights reserved by